I was offered the opportunity to try out a restaurant fairly local to me in Sedgefield, County Durham called Le Raaj. The restaurant serves traditional Indian cuisine and is located just off the A177. I am not a huge curry fan but the Mr certainly is so I decided to try it for him and because we are always looking for new places to go for meals. To be honest the main reason I am not a huge fan of curries/Indian food is purely due to my own ignorance. I don’t like really spicy food so because Indian food uses a lot of spices I just have it in my head that I am not a fan. I know this is the same with a lot of people and like me they just write it off before even seeing what else there is. I decided that taking the time to actually review an Indian restaurant meant I could actually see what I really thought. We decided to go on 12th October as it was my Fiance’s Birthday and since he loves Indian food and we would have been booking a meal for his Birthday anyway it just made sense. We purposefully didn’t eat much all day to make sure we had plenty of room for our meal and I am so glad we did!

We were a bit worried when trying to find the restaurant as the Satnav was telling us to take a slip road off the A177 in to a service station and I couldn’t see any sign of a restaurant, just a premier Inn but I soon realised that it was behind the service station, and was very obvious once you turned off. The building had a really great entrance with pillars and elephants out the front. My son absolutely loved these elephants and we notices once entering that there were more inside. The decor was really modern and the place looked really new and clean inside. It was very quiet in there and a little part of me prayed to God that my almost 3 year old, who was staying up late to come for food wouldn’t cause too much of a scene in there. We were seated at a nice big table and the little guy sat next to me on the comfortable sofa/bench style seat. I didn’t actually ask if there was a high chair but looking around couldn’t see any and wasn’t asked if we needed one so assumed there weren’t. I could be incorrect however and luckily little guy could just about manage on the seat once we pulled the table closer. He was loving being sat next to me like a ‘big boy’ and although he was a bit wriggly it was good having him sandwiched in between the wall, the table and me so he couldn’t escape!! It made my life so much easier too that he couldn’t just get down off his chair and wander off. I did actually bring my tablet with me in case, I do hate being one of those parents that shoves a tablet in their face when they won’t sit still but lets face it, some days you just have to do the easy option. I definitely don’t do it often but it is like my safety net just in case. I wanted the Mr to have a nice Birthday meal so it was just a precaution! I am very pleased to say that the tablet got to stay in the bag again and didn’t come out at all during the meal.

I am sure most parent’s will understand when I say that you pray that the kids meals are easy, typical kid food when opening up the menu. With it being slightly later for him having food and with us being slightly on edge I did cross my fingers for chicken nuggets and chips to be on there. I had a look through the menu and couldn’t see anything mentioned about kids so asked one of the members of staff . He told me that they usually just do chicken pieces and chips or a small portion of curry off the menu. I  chose the chicken and chips which was a bit of a cop out I suppose but I just wanted the meal to go smoothly and everyone to enjoy themselves. The waiter serving us took our orders and then asked if we would like a little portion of mild curry for our little one to try. I thought that was so nice and we decided that would be a good idea. I ordered Chicken Momo for starters which was like a chicken spring roll filled with tandoori chicken pieces and lots of amazing flavours. The Mr ordered Sheek kabab which was lamb with a slight spice For mains I chose Makhoni – a mild chicken curry made with cream, coconut, mango, butter and mild spices with a garlic rice and a cheesy naan bread. The Mr ordered Balti Lamb  which came in an Indian wok style dish with onion rice and a keema naan.

When the food arrived we were a little blown away with just how much we got. Now I know why they gave us such a big table! We definitely had enough for 4/5 people and we were very excited to dig in. Everything was very nice and hot and smelled amazing. The little one started tucking in and seemed to be enjoying his chicken and chips with lots of dip dip (ketchup). Our meal was just unreal and we both agreed it was the best Indian meal we had ever had! We were already talking about how we were going to come back loads now we know this place is just down the road. Our eye were definitely bigger than our belly as our head was saying, keep eating this amazing food, and our tummies were saying STOPPP! We decided that we would take the rest home to have for lunch the following day and decided to stop before we both exploded. The little guys curry turned up too and he wasn’t a massive fan as I expected however that certainly wasn’t the curries fault as I tasted it and it was very very yummy. I even asked for it to be bagged up also so I could add it to mine the following day. I do love that he got to try it and I think I need to work harder to introduce him to more colourful foods as I think the bright yellow colour was what put him off to begin with, typical toddler! I personally thought the colours looked beautiful and the sauces had so so much flavour. The cheesy naan was just so amazing and my little one kept stealing mine saying it was yummy pizza. I actually thought that next time I may just order him a naan with some fillings in as it was just like him having a pizza to be honest and they are huge.  He did seem to enjoy his chicken nuggets and chips though anyway.

After the meal, whilst we sat slumped in our chairs hoping to never even look at food again…with my jeans un-buttoned…we were then asked if we wanted desserts. Reid obviously wanted ice cream and he was so excited when he saw on the menu a little character egg thing that had ice cream and a toy inside. I wasn’t going to order one but the waiter tried tempting me saying ‘go onnn, you might as well’. Of course I also can’t do my job properly as a reviewer if I don’t review the desserts too! So I ordered toffee ice cream too which sounded amazing. Whilst we waited for the ice-cream to arrive I decided to entertain my toddler (as it was getting very late) by singing Happy Birthday for his daddy (really loud) to slightly embarrass him for fun! One of the waiters must have clocked on to this as they came out with triple layer ice cream with a candle in which was just so sweet. It is service like this that really makes the difference. We all sampled each others ice-cream and shamefully polished it all off. I dreaded the moment I had to stand up and do up my jeans again! We all felt like we’d had an absolutely amazing meal and the one thing that really stood out was the customer service and how well they looked after us. I wouldn’t say the restaurant is necessarily set up for children but it is so so very child friendly and we had the most pleasant family meal. The only thing that may have made a difference is just having a kids menu or something on the menu detailing what they do for children and maybe highchairs easily available. But as I say I never asked for one so there may have been some.

I would highly recommend the restaurant to anyone living close enough to visit. It is a little hidden depending on which way you are coming from but if you use a Satnav you shouldn’t have a problem, it could have just been me being useless to be honest. I would say don’t eat anything big all day because you will regret it later and you will want to eat plenty of the amazing food. I will put my hands up and say that I have realised there is so much to Indian cuisine than just spicy curries and I can honestly say that it was one of my favourite meals ever. My fiance has the perfect birthday meal out and the food was just as nice the following day for lunch! The customer service was fantastic and the food all came out very quickly and we loved the poppadoms to start with all of the dips (I forgot we had that beforehand too!). I don’t think  I have ever eaten so much and I am actually looking forward to my next trip there. We have already talked about going back with my Indian food loving parents! I just want to thank all of the staff at Le Raaj for a very enjoyable meal and for being so great.

See the full menu online and find out more about Le Raaj in Sedgefield and also their other restaurant in Chester Le Street. www.leraaj.co.uk 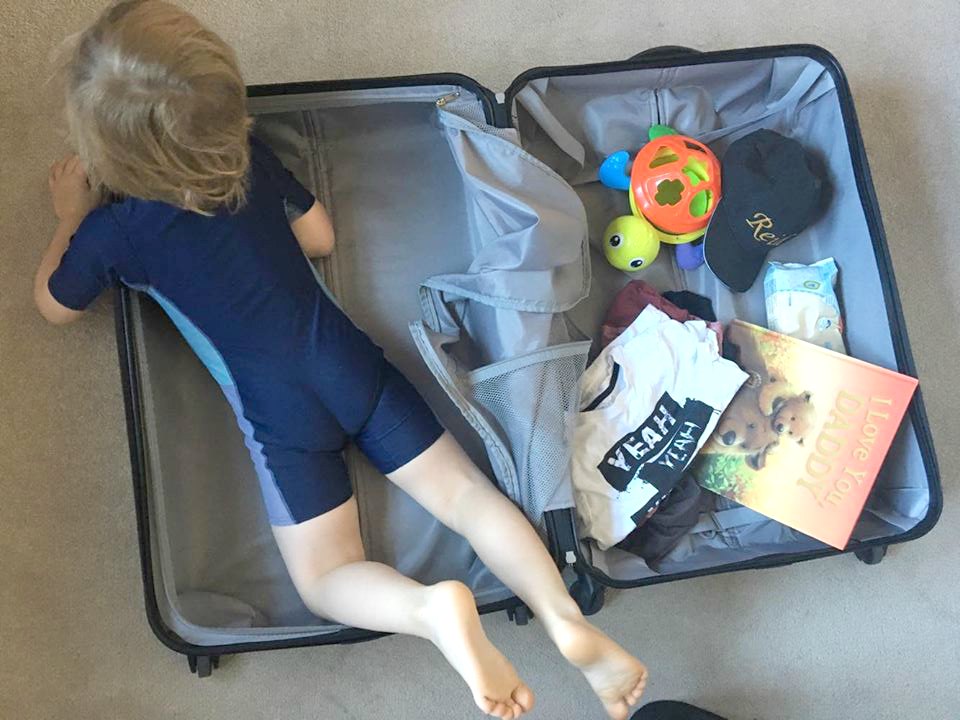 Where To Go On Holiday With Little Ones