So you may have read the blog post on my mum’s 50th birthday which was earlier this year. Well not only was my mum turning 50 this year but my dad also joined the 50 club in June. Like my mum he turned 50 in style however in a completely different way. There wasn’t a big party or getting overly dressed up but it was still as crazy and as fun! His birthday was on Wednesday 15th but the celebrations started the weekend before. My mum had put a lot of effort in to plan everything and keeping it all a surprise was extremely difficult and there were many times I almost blew it! My dad kept on saying that he didn’t want a big fuss or a party and he wasn’t bothered about doing much for his birthday. But he knows that in this family you don’t have a choice

My mum decided to do something a bit different for him since he didn’t want a big fancy party. So on the Saturday before the party a group of us blind folded my dad and took him to what looked like an abandoned warehouse, to…well, kill some zombies!! My dad and quite a few members of the family including myself are really in to the Walking Dead TV series and horror. We all did zombie Paint balling in Scarborough about 4 years ago and loved it. This time we went local at a place called No Limits Paintball and Laser in Gateshead. To say we were all absolutely terrified is an understatement! We could hear noises whilst we gathered outside this super scary looking venue and it was an agonising wait while they prepared the rooms.

The experience was fun and scary at the same time. It is safe to say that we majorly sucked at working as a team and it was definitely every man for himself! Especially as a zombie came running at us with a chainsaw and about 12 people had to try run and squeeze through a small door way, so there was a lot of pushing people out of the way to get to safety! I got to shoot some zombies and I also got infected by an evil one waiting for me as I came out of a room. It was pretty funny though and the venue and characters involved definitely added to the scare factor. I actually knew and recognised lots of the actors involved which was a slight shame for me, but with me being an actress myself and having worked on lots of local projects it was bound to happen.

After the zombie experience we all rushed to my mum’s house where the others (aka the whimps and the underage) were all waiting for us with £160 worth of Dominos pizza and a hell of a lot of alcohol. I was expecting a much more chilled out thing but came back to a full on party with even neighbours and friends there. Again, I am not sure why I expected it to be anything less than a party since my mum organised it. My dad fully embraced the party, he reckoned he didn’t want and was downing drinks and on the karaoke in no time. I was absolutely exhausted and missing my baby boy so went off for a secret snuggle of him whilst he was asleep and next thing I know I am woken up by my Mr saying I had fallen asleep sat up with our son in my arms. Luckily it had only been 10 minutes and I hadn’t missed too much. The party went on until quite late, it was fun but I had to go to bed earlier than everyone else as I was just too tired!

My dad’s actual birthday on the Wednesday was a lot more chilled but certainly wasn’t a small thing again. My dad was whisked off for a massage at a local luxury spa whilst we all dashed off to a hotel in Durham called The Townhouse Hotel. We were all booked in to stay the night, including my dad of course and we went and dressed his room with balloons and happy birthday signs. My parents had a room, myself, the boyfriend and our little one had a room and my brother and his girlfriend were also staying. We all had rooms with outdoor hot tubs and were all next to each other which was good fun and Reid loved being able to pop next door to Grandma and Granddad’s room. My dad finally arrived at the hotel at around 2pm where we were waiting for him but at this point still didn’t know we were all staying. He thought we were all just having lunch with him at the hotel and that was it. We had afternoon tea and lots of fizz which was amazing and I was stuffed. I had high waisted jeans on and it was definitely a level 3 unbuttoning (aka all 3 buttons had to be undone!).

Once we had finished the food we made up some lie about how my mum wanted to have a look around the hotel and in the new lovely rooms. So we all went for a walk and when we entered one of the rooms my dad was met with all of the decorations and obviously clicked that he was staying over. The final surprise was that all of his side of the family was joining us for dinner there later too. How we managed to pull off so many surprises I honestly don’t know. Everyone in my family is a loudmouth and usually someone gives it away. Before we went for the meal we enjoyed time in the hot tubs and in our rooms which were all different but decorated beautifully. Ours was like a cinema room with the biggest TV I’ve ever seen (we have a 55″ TV and this was about 3 times the size!). We had a giggle at my brother’s room as they had a glass shower that had a big window in their room and a curtain over so you could open the curtain and watch whoever was in the shower whilst in bed. My brother’s girlfriend was pretty mortified at the idea but we all had a good laugh.

The meal later that night was nice but again I had reached my limit of drinks since I don’t drink that much and I felt super tired still so eventually went to bed earlier than everyone else (yes I am like a boring old woman). But saying that, the rest of my family, including my Mr are all total party animals and when I say I went to bed earlier it was probably midnight. Plus my plan for the little guy going to sleep in his buggy didn’t quite pan out as hoped and I still had a wide awake toddler at that time so decided to take him to bed. Even my toddler was out-partying me and wanted to stay up late. We all had a great time and it was definitely completely different from my mum’s birthday but still equally as good. It’s pretty impressive that 50 years later my mum and dad still know how to party and still love to celebrate everything. I hope I have their energy at 50, although currently I have the energy of a 70 year old so there is little hope for me! What a busy week we had and one full of good memories. 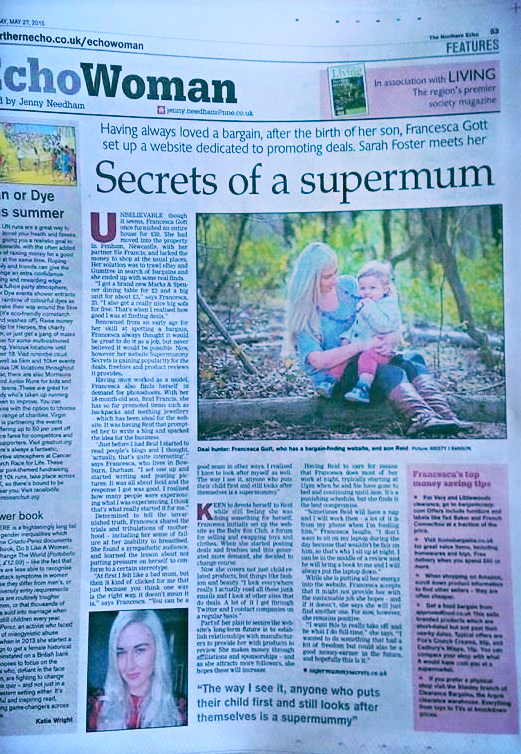 WIN an Olaf and Sven Bundle for Mother’s Day!