Tv Appearance – The Week on Made In Tyne and Wear 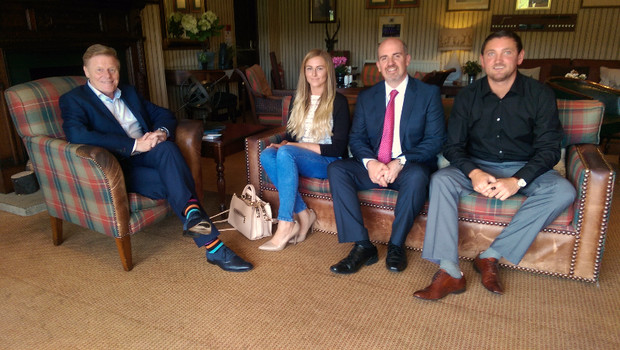 Recently I was asked to be a guest on a programme on Made In Tyne and Wear called The Week with Peter Grant. The programme see’s 3 guests along with Peter discussing current affairs. I had the pleasure of being on the sofa with Paul Gough from Paul Gough Physio and Thom Brooks. Now I am not someone who regularly watches the news and reads the papers (mainly as a lot of it angers me and I hate hearing something awful about something I can’t do anything about). However I felt it would be an interesting programme to get involved with and I thought, why not? Plus I love a good natter!

This episode was recorded a few weeks back, hence why it doesn’t feature the latest topics and does not include the devastating story of the little boy we have heard a lot about recently and Syria. It does include various topics on everything from the new hydrogen battery Iphone 6 to the possibility of vaping at your desk. I had been filming for a new tv series for the past few weeks with 12 hour days and 5am get ups so my brain wasn’t working as well as normal, but I think I just about managed to keep it together!

It was so nice meeting Peter Grant, he is such a lovely guy and made me laugh as he just could not remember the name of my business. He started off calling it Yummy Mummy Secrets off camera, then just as I thought he was getting it right you will notice he called it Supermummy Services (I did correct him though)! But such a nice guy!

I did have so much more I wish I had said on the topics however we only had a very brief amount of time to discuss each one. The episode is split in to 4 bits and you can watch all 4 clips below.

Made In Tyne and Wear