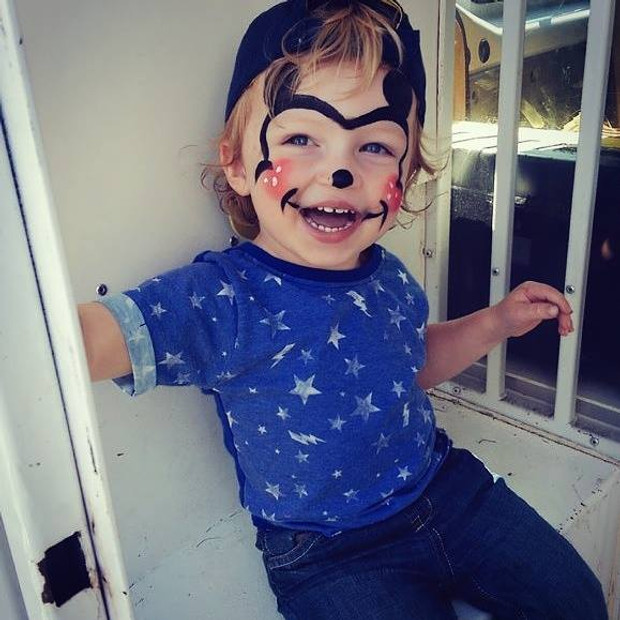 It has been exceptionally busy these past few weeks for me and my family, to the point where it has been pretty stressful, exciting and emotional all at the same time. My partner Sie has been working hard as he works at my mum’s events company as an event manager and he has had a few events going on throughout August meaning pretty much not a single day off yet! He has also found himself working super late to try get everything done and has been working his butt off also actually managing the events on the weekends. I have also been super busy filming for a new tv series which starts in January next year (have to keep it on the low for now but don’t worry, I will tell you all about it soon). I also have so much work coming in for Supermummy Secrets with an overhwelming load of products to review coming in too. I am organising a charity event family fun day next month also with my friend which I have tried to do in between things but with 12+ hour days on set filming with no signal or internet it has made it very difficult..and that’s not even half of it!

Usually I am at home with him pretty much every day and never leave his side (yes I am a clingy mummy and I am not ashamed!). I have however been so busy working recently on all of the above and this is very strange for me, being away from Reid so much. I keep reminding myself that I wil have more money for his 2nd birthdat in October and it really does keep me going. So with that all in mind, I was so looking forward to the weekend (just gone) as the event my partner was organising was a big famiy fun day nearby, so I was so excited to go there with my boy and have a great day together. It really was a briliant day, it was just what I needed and although my partner was working it did mean I could give him a cheeky cuddle and kiss now and again when no one was looking and he got to join us when he had a spare second. So it wasn’t the best family day out in that sense but it was definitely a good day and Reid didn’t stop smiling the entire day. There was all sorts ther from fair ground rides to disney characters, mobile petting zoo to face paining and so so so much more!

Reid got to experience lots of new things that he hadn’t before, the first being face painting. He had never had his face painted as he was always a little unsure about it. He did say no at first but the ladies were so fab and didn’t just give in as I was about to. They handed him a sponge and brush with some white paint on and told him to do some painting, obviously this made him happy and he relaxed and let them paint his face no problem. Once he saw his face for the first time he looked confused but as soon as he got down from the chair he kept pointing to his face saying mouse and smiling, the biggest grin I have ever seen. I think it was the fear of the unknown and I am so glad we got him to experience it finally as now he absolutely loves it. He was so careful with it all day, pointing to it but not touching it, if he did get some paint on his finger he would panic incase he had rubbed it off. It was just so adorable! He also got to try a little bit of an iced slush drink for the first time which he really liked and I had to take it off him which of course didn’t go down too well.. He soon got over that once he was handed some chips for lunch. Not the healthiest day out but who cares, we had the best day and he deserved it. He also went in a ride with his little friend Mia and normally he is scared of rides but because he had Mia in with him he absolutely loved it. They both held hands too which was very cute and we just had to snap a photo!

By far Reid’s two most favourite things of the day were the characters and the mobile petting zoo. He was so excited to see Micky and Minnie mouse at the event and literally wouldn’t leave them alone. He kept going up, giving them a cuddle and holding their hand. He was running around the event shouting ‘mouse, mouse’. He did like the others but nowhere near as much as the ‘mouse’. It was very cute and he will be pleased as I have booked them for his 2nd birthday in October! He really did love the mobile petting zoo also in there, he is a huge animal fan and loves the farm and al the fluffy animals, however he was just like his mummy when it came to the creepy crawlies (yuk!). There were some rabbits which he was just fascinated by and he wouldn’t leave them alone saying ‘no way!’ when I said we had to leave.

I needed to pop to the shop right before we went home and it was literally round the corner but by this point Reid was almost falling asleep and was struggling to hold on. I felt mean making him sit in the trolly whilst I mad dashed around the shop so I made the decision to put him in one of the baby seats, which was adorable and funny at the same time. It meant he could have a nice nap whilst I relaxed and got what I needed. He was so happy to be in there and just lay there looking cute. People must have thought I was a bit weird but I thought it made complete sense at the time!

We had such a great day out and it really was the time I needed with my boy, it was the time I had really missed with him recently and it made me smile all day the following day whilst on set, filming (up at 5am!!). Once my partner gets a break from this busy month we will be planning a family day and a trip just for me and him for an overnight stay somewhere. I am really looking forward to some great days with my boys coming up but for now, I am enjoying just looking back at the photos of my little guy smiling from the weekend!

Save Time Applying For Catalogues! Plus Get 10% Off!