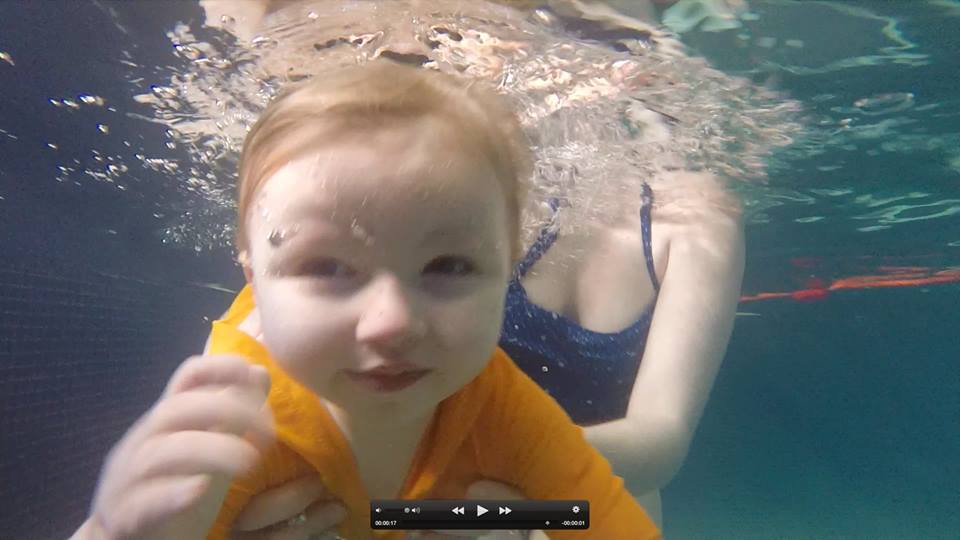 So i probably haven’t mentioned that since earlier on in the year, my little guy has been having swimming lessons. Not the sing song splash and dance kind of lessons but actual swimming lessons (ok so we do sing the odd song and there is some splashing involved). We joined a course 5 weeks in which meant that we were pretty much thrown in the deep end (pun intended) as soon as we started.

Reid doesn’t exactly hate swimming but before starting these lessons, for the entire time we were in water he would cling tight to me and freak out if I even try to move him off me a bit or get him positioned on his front. I didn’t realise just how nervous he was until we started the lessons. However I also realised that I underestimated him every time we would go swimming and wouldn’t really do a lot other than cuddle him and bounce around in the water. It made me realise that I had slightly caused his lack of confidence in the water because I unknowingly was too protective of him. I didn’t give him the opportunity to learn not to be afraid. The group we joined was for babies generally up to 1 year old which meant Reid was the oldest with him being 16 months. He had to start in this class though with him being so new to the lessons. It was nice being with all the little babies however and it did make me very broody.

On our first lesson I was told I had to submerge Reid under water for a couple of seconds. I remember feeling my stomach turn at the thought of willingly putting my baby boy under water. I just didn’t think I had it in me, but being the only mum in the pool not willing to do it made me feel like I was unreasonable. I watched a few mums do it first and saw that their kids were ok. I thought to myself, this trained instructor wouldn’t be telling me to do something like this unless it was safe, so I sucked it up and gave it a go. To get them to hold their breath before going under water you blow in their face which causes them to pull a funny face and take a breath in and as you do that you smoothly take them under and back up again. Of course he cried the couple of times I did it and to be honest cried even when I tried to pull him off me slightly. I knew the worst thing to do in this situation would have been to say ‘oh poor baby mummy will never do that again’ and cling tight to him as this is the moment where I either helped him battle his slight fear or I encouraged it. I remember leaving the class that day feeling quite deflated because I signed up to swimming lessons for my baby boy, thinking it was something nice we could do together but it felt like instead he’d had an awful time. I thought about giving up but I just knew that it would do him no good to quit and also I had paid for the rest of the course upfront!

The following week we returned, and he cried again and again and it felt like we were just going nowhere. Then on week 4 I couldn’t believe the transformation. The baby that was screaming for the entire class for the first 3 weeks actually started getting more confident. He would even come up from being under water without so much of a whimper. I couldn’t believe it. We even started doing another technique where he would be on his front and I would blow in his face then put him under the water whilst pushing him forward (basically swimming under water for a few seconds). He barely even seemed phased. Week 5 was great and the instructor even had his underwater camera. When it came to Reid’s turn to swim under water and get a photo however, he hated when the instructor counted to 3 because Reid knew 1,2,3 meant something was about to happen and it made him uneasy. So because he loves batman we decided that he would go under water after we sang the Batman theme tune and the word Batman was said. He loved it and even was happy to repeat it a good few times. My child just has to be different to all the others! The instructor Steve is so brilliant with all of the babies and has the patience of a saint! Everyone must have been going crazy with my son screaming for the first few weeks. Thanks to Steve, my little one absolutely loves swimming and something he once feared is now one of his favourite things ever!

His confidence has grown so much and at 16 months old he could hold on to the side of the pool un-aided and go under water. I am so proud of him and it really has given me a new appreciation for him. I definitely underestimated his capabilities before. I am so glad that I chose to step out of my comfort zone to get my son to where he is. It is so easy to want to wrap your baby up in cotton wool and not try scary things. But for them to grow you have to persevere and trust yourself and your child a little more. He still isn’t completely confident when it comes to lying on his back but apparently that is the most difficult for babies because of the sensation of the water in their ears. I suppose it is a very strange sensation and most babies don’t want to be stuck on their back either. Although he really is realxing more every time we do it.

We have just been on holiday for two weeks in Spain and I was very excited to put his new swimming skills to the test whilst away. Although he is getting very confident I still have to hold him or help him whilst in the pool as obviously he was not swimming on his own yet. However, he could hold on to my shoulders whilst i swam with him on my back which was great whilst we were away. Very early on in the holiday I decided to try him with a float and also tried arm bands and couldn’t believe his ability to swim on his own straight away with the bands on, or whilst in a rubber ring. It was so surreal seeing my 20 month old being so independant in the pool and he looked so grown up. He even stood on the side and jumped in all by himself with arm bands on, completely going under water and would pop back up and say ‘good boy’ every time, then start swimming around again. It really made the holiday so enjoyable for all of us. It also meant I could relax a little more when we were at the pool, as he had arm bands on if for some reason he managed to run and jump/fall in. Although of course we were doing our best to keep an eye on him at all times and hold his hand near the pool.

I am so glad I started the classes and if anyone in the UK is interested in starting swimming classes with your little one then I can’t recommend Swimtime enough. They have various courses running in different locations throughout the UK the classes work out at roughly only £7/£8 each which is an absolute bargain as everywhere else was charging atleast £15 per class!! You pay for the full course up front and there are no waiting lists. They will always find a class to slot you in to and you can jump in at any point of a course. I started half way through a course when we first started but obviously it is better to start from the beginning as you miss quite a bit.

Babies can start as early as 4 weeks old!